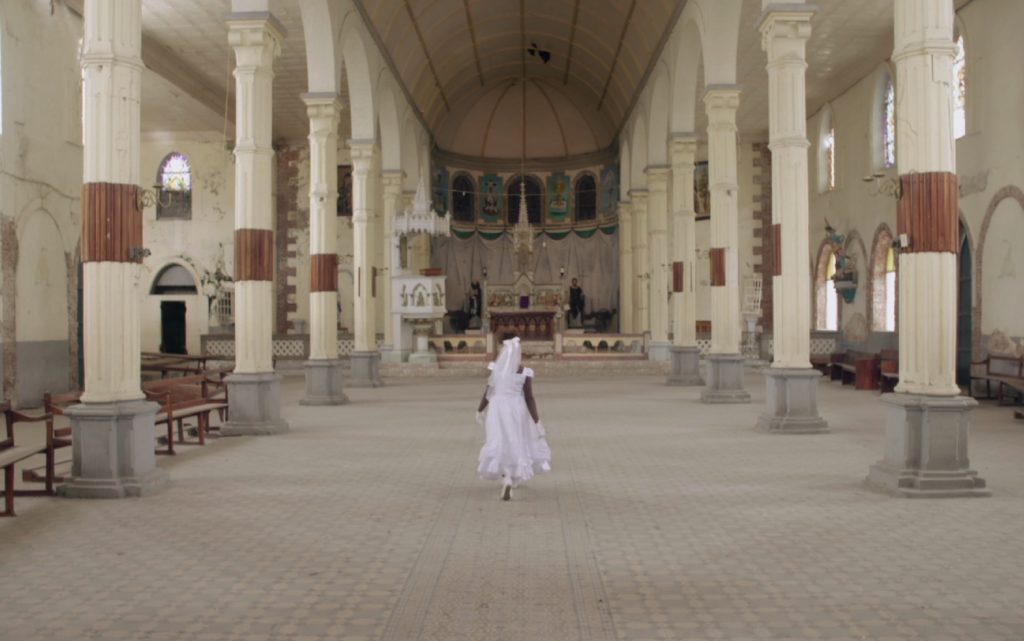 In this textured and surprising personal documentary, Haitian filmmaker and actress Gessica Généus undertakes a journey to understand what she calls Haiti’s “illness of the soul”—the country’s fraught religious divide between Vodou and Christianity. With her mother’s bipolarity as her poignant point of departure, Généus skilfully interweaves traditional interviews and ethnographic-style observation with poetic narration as she seeks to connect the dots of her family’s, and her island’s, fractured history. The result is a moving meditation on both mental illness and a nation’s as-yet unassuaged inner turmoil.

Preceded by the short film The Crying Conch.

Director Gessica Généus, will be in attendance for a Q&A.

Gessica Généus started her acting career at 17, playing in Richard Sénécal’s feature, Barikad. She then collaborated with various Haitian and international film directors. Recently, she played in the mini-series Toussaint Louverture, directed by Philippe Niang and produced by France 2.

In 2011, Gessica was granted a scholarship from the Acting International de Paris. Back in Haiti, she founded her own production company, Ayizian Productions. In 2014, in partnership with Télévision Caraïbes, she directed Vizaj Nou, a portrait series of contemporary Haitian figures (Anthony Pascal dit Konpè Filo, Viviane Gauthier, Odette Roy Fombrun, Frankétienne).

Douvan jou ka leve (The Sun Will Rise) is her first documentary for France Télévisions.